So having covered Phase One a few weeks ago, I figured it was time to revisit the world of personality disorders and spandex to recap the second phase of the MCU 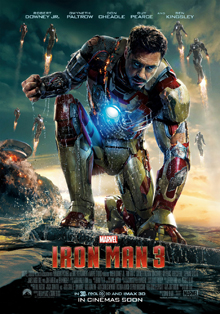 So we start with a cough. Not a bang, not a whimper, just a cough.

That was my diplomatic way of saying that it wasn’t bad, yet not good either. Steps forward were taken from Iron Man 2, and a few steps back also, the Iron Man films still can’t get out of the ‘baddie is a businessman’ angle that they trotted out again here. This was also the film that promised the on-screen debut of The Mandarin, one of Iron Man’s most enduring comic book adversaries. Instead we got an old, drunk actor character. Not a bad swap, right?

There doesn’t feel like there’s a massive jump themeatically. Except for the introduction of a new wrinkle to the character of Tony Stark in the form of PTSD, it gives an interesting new angle to not only Iron Man, but Stark himself too.

Overall not the best introduction to a new phase, given the extravagance of Avengers, and how this had to follow it, an impossible task perhaps, a better effort would have been required to come close.

Urgh. Well, here we are, the absolute nadir of the MCU, Thor: The Dark World.

The Dark World is the worst kind of bad, the kind that is as exciting as watching the Wall-Drying World Championships. The kind of film that’s perfectly well put together technically, but is crushingly, crushingly dull.

Marvel seemed to take forever in getting Thor right, I would argue the only time he’s been interesting was in Ragnarok, and arguably the Avengers films, they seemed to have him down as some kind of Shakespearean tragedy character, instead of the lightening-flinging Norse God that he actually is.

After the first Thor, I didn’t think the character could get duller, but obviously I just wasn’t being ambitious enough, as this is like a scientific experiment in how much boredom a human can naturally take.

The real shame is the amount of talent on display here. Firstly there’s Alan Taylor, who made his name directing several episodes of the utterly-sublime Game of Thrones, then there’s your usual cast of badly-used actors, this film particularly putting a bee in my bonnet for so utterly wasting Loki, and then there’s poor Christopher Ecclestone. As if it wasn’t enough to be underappreciated in his role as Doctor Who, the absolute tripe he has to work with here really wins my sympathy, his character pretty much being the antithesis of the ‘Marvel can’t write villains’ argument.

So two films in, we have one resounding meh, and one complete wash-out, but do’t worry, it can only get better from here…

Now, I’ll be the first to admit that in my list of favourite superheroes, Captain America is nowhere near the top, which is why I was so struck dumb that this movie was the best instalment of the MCU up to this point, and has rarely been topped since.

I think the reason I’m not a fan of Cap is, he’s so often just a cut-and-dry character and I like characters to have complexities and flaws, whereas Cap often comes across as a goody-two-shoes boy scout, and while I understand that this is his character and I’ve criticised the DC film’s for trying to make Superman broody, it doesn’t make for a terribly engaging character. Here, however, they make him interesting by putting him against possibly his biggest failure, Bucky.

It doesn’t surprise me that the Russo’s were giving the Marvel baton to run with after this film as it’s direction and pacing are crisp and seamless, each film flows very well into the next and the plot is tightly executed using characters that we grow to sympathise with.

One particular stand-out scene for me is the fight scene in the crowded elevator, which could have seemed cramped and restrictive in some director’s hands, but i the Russo’s it is a cinematic marvel (no pun intended).

Not only did this movie succeed in being an excellent stand-alone movie, it also lays the groundwork for many years to come, establishing Bucky’s time as The Winter Soldier, something that becomes pivotal further down the line.

All-in-all this is an excellent recovery from two fairly mediocre films, but the pressure was on to follow this up with something equally surprising and successful.

Guardians of the Galaxy (2014) – Directed by James Gun

In a few years, we will look back on 2014 as the year where Marvel truly hit its stride. Not only did they release The Winter Soldier for our pleasure, but also the single most surprising superhero movie of all time, Guardians of the Galaxy.

I think it’s safe to say that not many people were familiar with the Guardians prior to the film’s release, maybe hardcore comic fans, but even then they were’t long-time mainstays of the comic world. So leave it to James Gunn to take a relatively obscure superhero property and make a genuinely surprising, hilarious and generally fun movie out of them.

From what I can remember, hype wasn’t at an all-time high surrounding this movie at release, people only truly got excited post-release when everyone was gushing about how fun it was, and fun it certainly is, it’s by no means a perfect film, and I think the low bar of expectation really helped it at the time, but it really is just pure entertainment, not tremendously deep, but self-aware enough to not need too.

The success of the movie instantly launched the characters into the stratosphere, characters like Groot and Star-Lord are now among the most beloved in the MCU, but it also did wonders for the careers of it’s main actors, Chris Pratt was merely a sitcom actor before Guardians, he can now count himself among Hollywood’s elite, former wrestler Dave Bautista defied any and all expectations to really grow into the part of Drax, in such a way that you could swear it was written for him, he has since built a respectable career as a reliable character actor.

With all the hype around the film post-release, the sequel was green-lit, signalling the next phase of Marvel’s plan to expand into space with the true arrival of Thanos. It also spanned thousands of people attempting Vin Diesel’s “I Am Groot”. It almost felt like the start of a revolution. 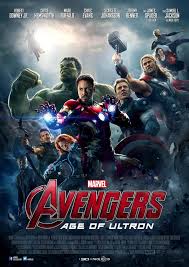 The year is 2015. Marvel have just released two massively-successful blockbusters that have steadied their franchise immeasurably and now they have the enormous task of not only following those, but also following the original Avengers movie.

After vanquishing Loki in Manhattan and leaving a mess in their wake, the Avengers have gone their own separate ways somewhat, but are brought back together when an over-zealous Tony creates an artificial-intelligence that then gains sentience and decides the sensible thing to do is to wipe out humanity.

What feels different this time around is that it feels like Ultron is a problem the Avengers themselves caused, of course only one of them, arguably two, is directly involved, but still they’re fighting their own creation, in a throwback to Frankenstein almost.

Age of Ultron had a mountain to climb from the word go, which is probably why it hits us straight out of the gate with a big action set-piece, it doesn’t want to waste a minute less we think they’re getting complacent, granted it slows down a bit later, but the frantic pace remains for most of the movie, book-ended by two excellent action set-piece fight scenes.

At the time of release, I rated Age of Ultron higher than the first Avengers, having watched them both again since, my position has changed somewhat, as I find them difficult to compare. All the characters are in completely different places to where they were when Loki and his alien chums invaded. They feel weighed down with extra baggage, which on one hand makes them relate-able, while sneakily planting seeds for future events, but on the other it struggles to match the sheer scale of the first one and the scale of the first Avengers is what made it special.

I don’t want to be too harsh on Age of Ultron because I still think it’s a great superhero film, but I do think it was the right time for Joss Whedon to move on, not that I have anything against him, but I couldn’t see his style of writing working in say, Infinity War.

In summary, it was a film brimming with ideas, with some great moments scattered about, but it felt like a lesser film for lacking in the scale of it’s predecessor.

And so we reach the final film of the MCU’s second phase. A film I consider to be a bedfellow of Guardians of the Galaxy, Ant-Man.

To add to a list of confessions in the column, I’ll freely admit to laughing at the concept of an Ant-Man film before release. Knowing little about the character, I found the concept absurd (really, Nathan? A comic book movie being absurd? What next? Sci-fi being a bit unrealistic?) but I have a friend who was, and still is, into Ant-Man comic books who assured me we were in for a treat. Lo and behold he was right.

While not being as re-watchable as Guardians, in my opinion, Ant-Man is still an incredibly surprising thrill-ride, anchored by an extremely love-able protagonist, but let-down somewhat by a less-than-stellar villain, a common theme in some Marvel films.

The cast is very impressive here, lead by Paul Rudd, someone competing with Chris Pratt and Robert Downey Jr for the prize of ‘most charismatic man in the MCU’ who gives a funny, yet sometimes touching portrayal of Scott Lang, a convicted thief trying to stick to the straight-and-narrow so he can see his daughter. He is supported by Evangeline Lilly, who portrays Hope van Dyke, the daughter of the original Ant-Man, Hank Pym, who himself is portrayed by Michael Douglas, who it was great to see in a prominent role again, and rounding out the cast is Michael Pena, who plays Luis, Scott’s hilarious, Hispanic friend/accomplice. They all gel incredibly well together, chemistry between the cast is swiftly becoming Marvel’s bread and butter at this point.

The reason I say Ant-Man is kind of a bedfellow for Guardians is that feelings were very similar towards it before it’s launch. Being a riskier release than say, an Iron Man film, the creators really have to work hard to make their film worth watching, and Ant-Man is very much worth watching, and I look forward to how they build on it in the sequel.

That concludes our trip through Phase Two, keep your eye out in the coming-days for my Infinity War review (finally!) and later in the year for my Phase Three retrospective. I hope you’ve enjoyed this specific history lesson.

This site uses Akismet to reduce spam. Learn how your comment data is processed.